Some Earth Drawings from September

Yeah so I should've posted these in September. Anyway, one day I was rather stressed out, because I hadn't made anything in far too long. So I shuffled my feet.  There's this patch of small white gravel that I've been wanting to do something with for a while so I did something.  I got mostly weird looks (I probably looked a bit creepy, shuffle, shuffle) at first but eventually someone made a connection to Zen sand gardens.
So the shuffling was fun. I then wandered around a bit trying to find something else to do. I came upon a wooden pencil and this area with benches and pebbled ground (plaza?) and decided to draw some spirals. This is actually a less trafficked area so it was a while before anyone started interacting with the drawing. Anyone who actually wanted to walk across this area without stepping on the drawing would have a hard time. I was surprised at those who took the effort. (As long as they weren't running it wouldn't have been really damaged anyway). I was rather dizzy by the time I finished. 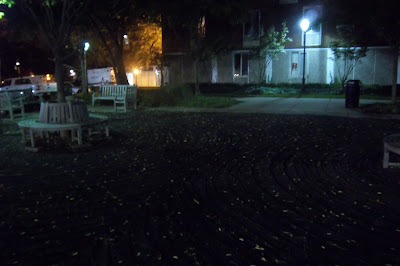 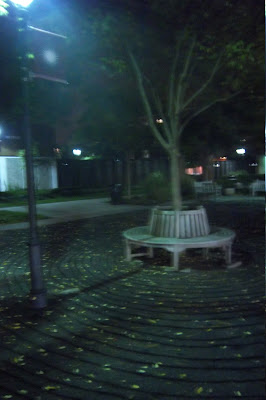 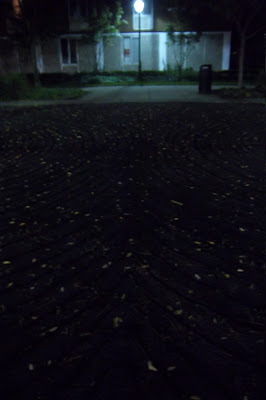 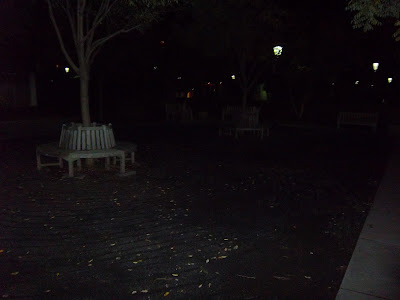 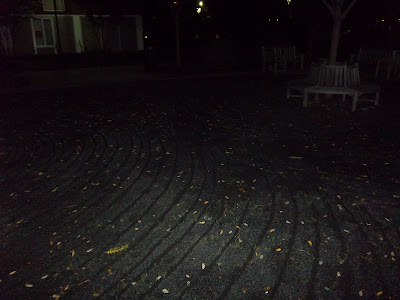 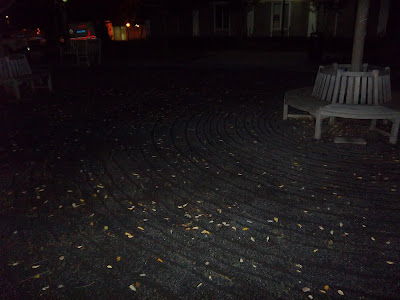 Both of these together took maybe an hour and a half to two hours to make. The first lasted a good few days, the second maybe a week, which I was satisfied with.
Posted by Steven at 4:06 AM